To experience brilliance of Tibet, book Tibet Travel Package spanning a period of 8 days. Visit Lhasa where Sera Monastery with whitewashed walls and golden roofs and will leave you awestruck. Other main attractions in Lhasa are Jokhang Temple and Norbulingka which is the summer palace of Dalai Lama. Besides Lhasa other places which are part of the tour are Kathmandu, Tingri, Gyantse, Shigatse and Zhangmu. The pastoral town of Gyanste presents the real feel of Tibetan culture. Shigastse is known for Tashilunpo monastery with Drolmari Mountain’s peak as the backdrop. This monastery is among the 6 important monasteries of Geluk. Detour to Bon Po Monastery which is one of the most important and oldest monasteries of Tibet. 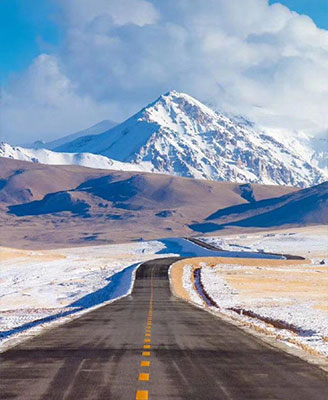 Fly from Kathmandu to Lhasa. Transfer to hotel. Afternoon rest to get acclimatized. Overnight at hotel in Lhasa.

Full day tour of Lhasa - visiting the Sera Monastery, a fifteenth century sprawl of golden roofs and whitewashed walls. This well preserved monastery is located just a few miles North of Lhasa and is home to several hundred monks. In the afternoon we will visit the summer palace of the Dalai Lama, Norbulingka, as well as the Jokhang Temple. This temple is the most revered shrine in all of Tibet and is constantly bustling with devout worshippers. Shop in Barkor, the crowded central market of Lhasa Overnight at hotel in Lhasa.

Full day tour of Lhasa. A trip to Tibet would not be complete without experiencing the vital Potala Palace. This palace is Lhasa's cardinal landmark and is a wonder of Eastern architecture. Your first site of this massive structure will be a magical moment remembered for years to come. It has been a palace since the fifth or sixth century and was once home to the Dalai Lama. This truly amazing day will ended with a visit to the Drepung Monastery. Once the world's largest monastery, housing 10,000 monks, the monastery lies hidden in rocky ridges just beyond the city. Surprisingly much of the building was left untouched throughout the Cultural Revolution. Overnight at hotel in Lhasa.

This morning drive to Gyantse via Yamdrok Tso (264 km). Gyantse Area: (Yamdrok Tso, Kumbum, Palkhor Chode) Gyantse is a pastoral town between Lhasa and Shigatse. It is 264 Kilometers southwest of Lhasa and retains the charm of a traditional Tibetan town untouched by modern expansion. It made world headlines in 1904 when Colonel Younghusband led a British Expedition to Tibet and defeated the Tibetan army there. As a cross road on the principal trade route to India, it was once renowned for the excellence of its carpets. The compound, encircled by an impressive wall once contained 19 monasteries presided over by the still fortress perched atop a nearby mountain. Yamdroktso On the old road between Gyantse (4040m) and Lhasa, the dazzling Yamdrok Tso (4441m) can be seen from the summit of the Kamba-la pass (5030m). In clear weather, the lake is a fabulous shade of deep turquoise. Leaving Yamdrok Tso is as spectacular as arriving, since you have to cross the 5045m Karo la, with its awesome roadside views of the Nojin Kangtsang Glacier. Kumbum This building in Gyantse is one of the most unique and magnificent in Tibet consisting of 6 Stories complete with a Buddhist Hall and a prayer hall. It has 112 chapels and its walls are adorned with religious paintings. Built in the 15th Century, it has since then withstood all the ravages of battles and revolutions. Palkhor Chode Monastery Located next to Gyantse's Kumbum, it was founded in the 15th century. It has been remarkably well preserved and many of the statues and paintings inside date back to the time of its founding. Overnight stay at Gyantse.

Drive to Shigatse (90 km) & Overnight Hotel Shigatse or similar. Afternoon visit the Tashilunpo monastery, which is the seat of the Panchen Lama. Tashilunpo Monastery With the majestic peak of Drolmari (Tara's Mountain) forming its background, the Tashilunpo Monastery glitters as the sun rises every morning. It is located in the western part of Shigatse. The Monastery, also known as the 'Heap of Glory', was founded in 1447 by nephew and disciple of Tsongkhapa (founder of Gelukpa sect), Gendun Drup. Gendun Drup was posthumously given the position of the 1st Dalai Lama later on. Because of its association with Geluk founder, the Tashilunpo Monastery is counted amongst the six most important monasteries of the Geluk order. Overnight stay at Shigatse.

Drive to Tingri (241 km). A long drive but spectacular scenery. Road conditions might allow us to detour to one of Tibet's oldest and most important Bon Po monasteries at Sakya. In the afternoon cross the 5000m pass before reaching Xegar. The views of Everest and Cho Oyu across the plains are spectacular from here. Overnight stay at Tingri.

Drive to Zhangmu (242 kms) and cross the Lalung La and the Shung La, two more incredible passes. The views from these passes are breathtaking once again. While standing on these passes one is surrounded by grandiose mountains such as Shishapangma, Cho Oyu, Gauri Shankar, etc. In the afternoon descend from the arid Tibetan plateau to a small town of Zhangmu which being lower in elevation is more lush and green. Overnight stay at Zhangmu.